A Note from Jessica

I can’t say I was a normal girl, fantasizing about my wedding day from the time I could walk, but when Russ proposed I was ecstatic. A few days later the congratulations started pouring in from friends and stranger-friends along with one enthusiastic and intimidating statement: “Your wedding invites are going to be so awesome!” Russ and I are both designers, so the pressure was enormous to make something crazy. After a lot of scheming we realized one thing: that over the years we’ve met and befriended some truly incredible and talented people, all of whom we had hoped to collaborate with someday. The invite became the perfect opportunity to work together with people we care about, respect, admire, and love. We’re so happy and thankful for everyone involved, many of whom have played integral roles in the story of how we came to be. 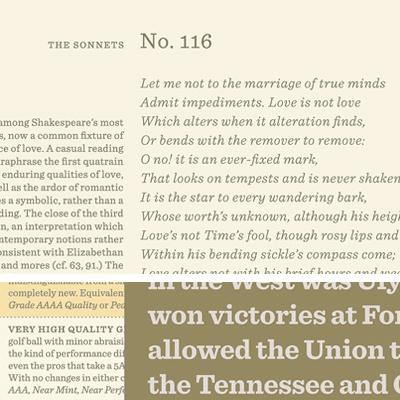 Jonathan and Tobias donated one of the most subtle but most important parts of the project: the typeface—Sentinel, which feels story-bookish in a grown-up way, just like the tale of Russ and Jess’s love. Jessica met both Jonathan and Tobias in the last year or so, but she and Jonathan became fast friends through email, exchanging crazy cat photos, animated gifs, and slightly disturbing viral videos.

See more of their work here. 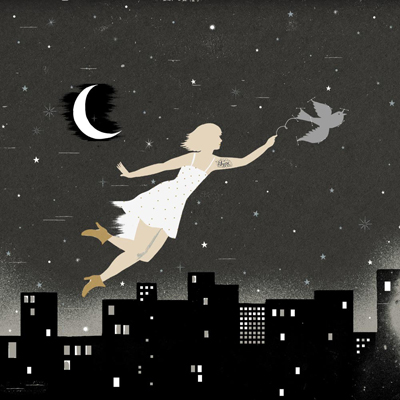 Chris and Jessica met in 2006 at an American Illustration party and he was one of her first friends from the Pencil Factory gang. She once taught him to do the worm at a rooftop party and lost use of her arms for almost 3 weeks. 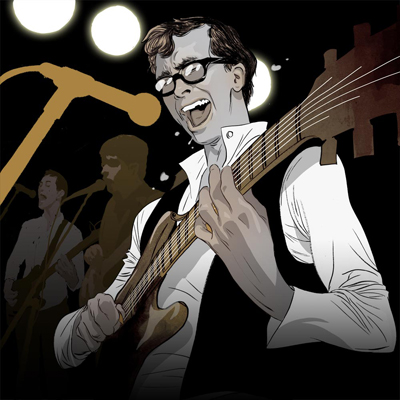 Frank and Jessica met a few years ago through the illustration community and his work has always blown both Jessica and Russ away. They also can’t believe how someone could seem so simultaneously aggro and huggy. Frank’s since decided to veer off into the fine art world for a bit, but not before making the most badass drawing of Russ EVER. 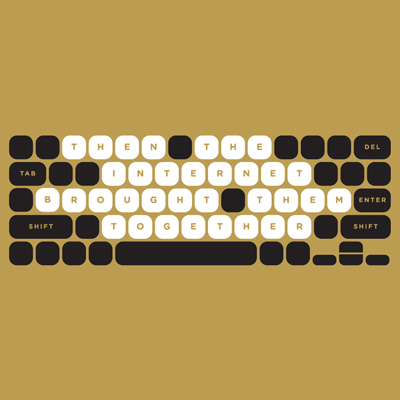 Jessica and Nick met a few years ago at an ADC Young Guns event and he later introduced her to the amazingness of Soup Dumplings. Russ and Nick became close when Nick became his graduate thesis advisor. Russ and Nick now work together at facebook, and Jessica has a major person-crush on Nick’s girlfriend, Olga. 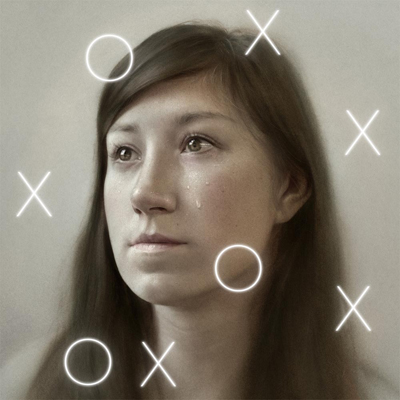 Sam was one of Jessica’s first friends in Brooklyn—she cold-emailed his wife Jillian (listed below) after seeing that they all lived in the same neighborhood. Together they watched endless hours of Degrassi, spent time on the shores of Sarasota, and partook in many karaoke moments (Sam’s top song is “Du Hast”). Russ is still waiting on an invitation to join Sam's Dungeons and Dragons guild. Also, if you didn’t know this, his portrait of Jessica is a painting. A PAINTING! 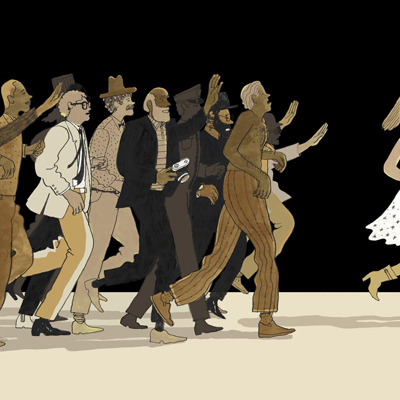 Josh and Jessica met at American Illustration in 2006 and they became friends because of a mutual love of Harry Potter books on tape. When Josh moved to Brooklyn, they became studio mates at The Pencil Factory. Josh was Jessica’s number one gossip friends during her single days and he was very disappointed when all the drama subsided after she met Russ. 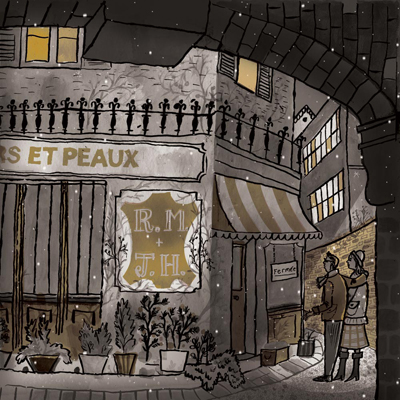 Gilbert was at one point a fellow Pencil Factory mate—he shared a space downstairs from Jessica during her first stay in the building. Jessica always thought Gilbert was the best dresser, that is until James (see below) came around... 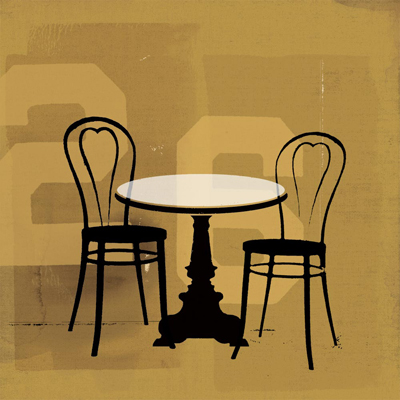 There is entirely too much to say about Jason—he and Jessica graduated from the same university (five years apart) and months after becoming friends they found out they were from the same home town. When Jason was 19, he taught a class at the local art league that a friend of Jessica’s (then 14 years old) took. She asked if Jason would make a mix tape of the songs he played in class and later that week she gave a copy of the mix tape to Jessica. So almost 10 years before they met, Jason was already influencing her tastes. 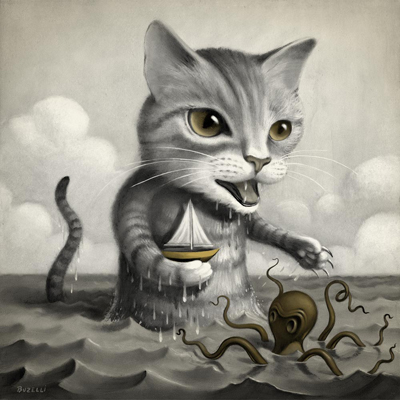 Chris and Jessica met through the illustration community after Jessica had worked for his wife SooJin Buzelli (who is an amazing art director and general badass). Chris and Jessica were able to collaborate on the poster for ICON 7 together and are already plotting more future projects. 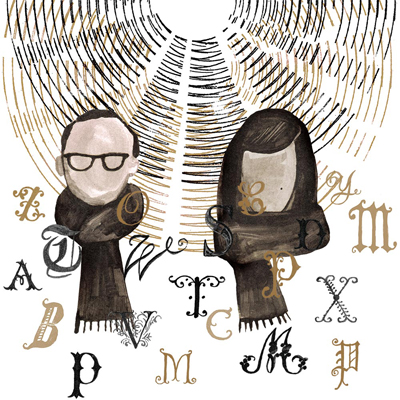 Grady was one of Jessica’s building mates in the Pencil Factory and studio mates to Chris and Sam. Jessica was a big fan of his lettering work prior to moving to Brooklyn, and she doesn’t see enough of him now that he’s moved out of the Pencil Factory to work from home and spend time with his adorable kids. 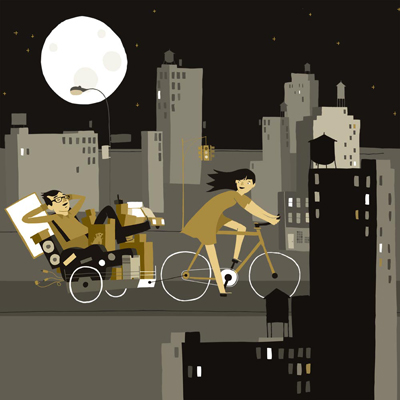 Alex was Jessica’s studio mate at the Pencil Factory (along with Josh and Neil) and they became fast friends due to their love of donuts and general chatty natures. Jessica’s mom was a big fan of Alex after they bonded at a birthday dinner one year and to this day he remains the only studio mate whose name she can remember.

Neil and Jessica were studio mates at the Pencil Factory (along with Josh and Alex) and while he wasn’t always around (he also worked at a publisher designing book covers) when he was in the studio, there was always more laughter and a lot more perversion. Jessica was a fan of Neil’s comic strip, particularly this one, which still makes her LOL every time.

Jessica and Jennifer are pretty much friend soul-mates. They’ve shared beds together on multiple occasions (to save money on hotel rooms at conferences! Get your mind out of the gutter!) and represented the Pencil Factory in the World Graphic Design Foosball Championship twice, losing miserably both times, but generating this awesome photo.

See more of her work here. 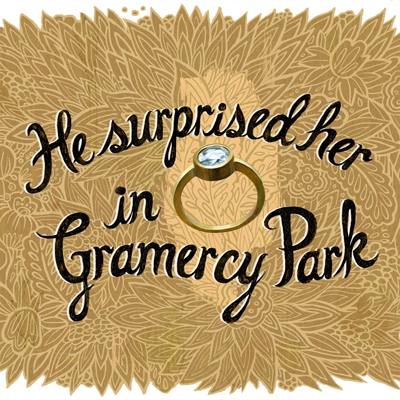 Gina and Matt were two of Jessica’s first illustration friends when she was living in Philadelphia—they met through Jude, her co-worker at Headcase Design. When she was just graduating college, they recommended Jessica to Frank Sturges to help him redesign his website. Frank later became Jessica’s rep, so in a way Gina and Matt pretty much started Jessica’s career in illustration.

See more of their work here. 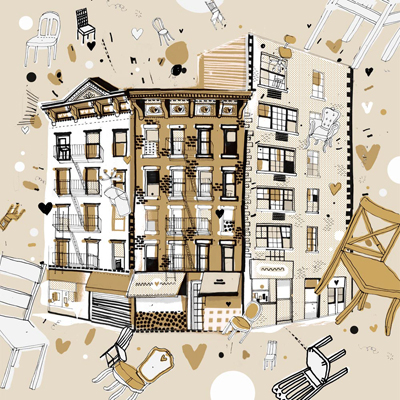 James and Jessica were studio mates at the Pencil Factory when she returned for a second round (after her stint at Studiomates). James was wonderful to have around and constantly made Jessica feel lazy and less artsy due to his piles of fuzzy letters, paper sculptures, and beautiful screen prints. He started a long-term project that impresses everyone and he and his lovely wife Lenka hosted her when she spent a little time in Australia this year. 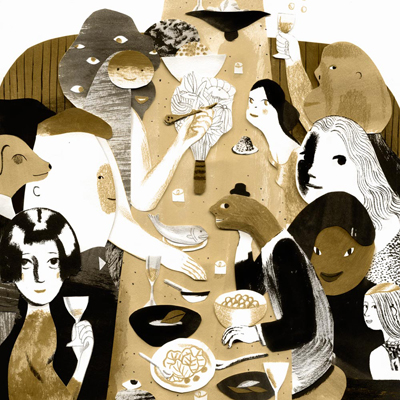 Jillian was one of Jessica’s first friends in New York, agreeing to meet Jessica for a cup of coffee in the neighborhood after she cold-emailed. Jillian was there the day Jessica signed up for match.com and took entirely too much pleasure taking over her laptop and winking at random dudes. While sitting beside Jessica on that first fateful day of match.com perusing, Jessica paused over a picture of a nerdy looking boy holding a guitar and proceeded to wink. Jillian asked “What’s so special about him” after Jessica winked at Russ. “I’m not sure, just have a good feeling about that one.” she replied.

See more of her work here.